Mum, I’m running away to the circus 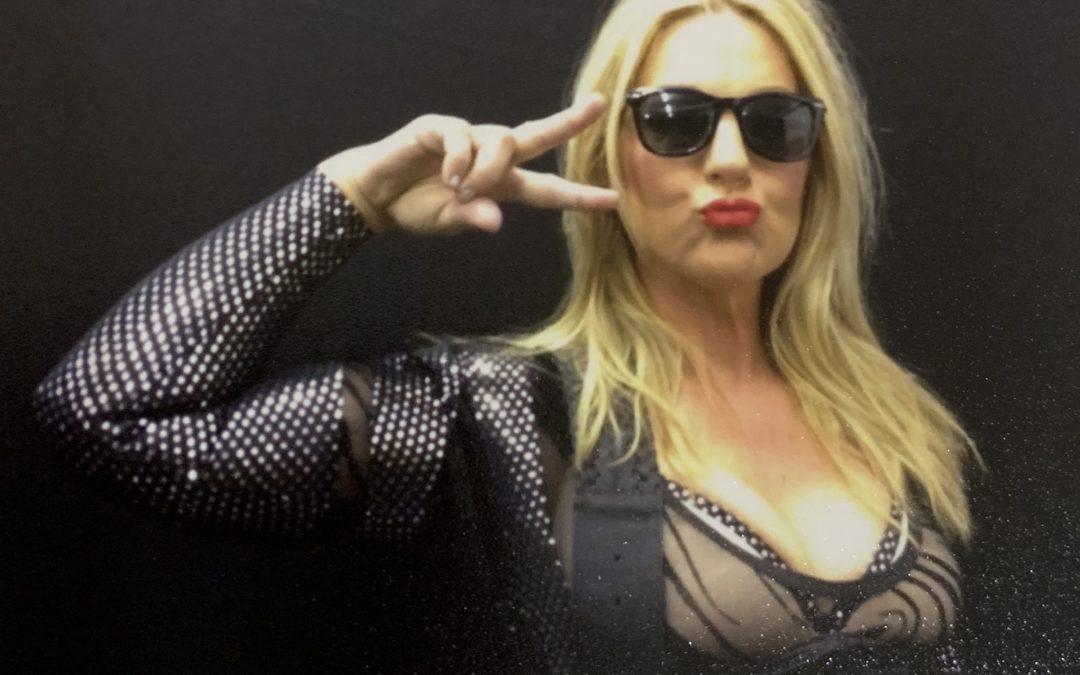 Take yourselves back to the year 2012. The year Obama was re elected, the year the Mayan calendar ran out of days but the world actually didn’t end, and the year the Queen celebrated 60 years on the throne. Oh yes, and the year I spent 6 months clowning around in circus school for a very, very special reason.

The e mail came in January 2012. The Olympic Committee were looking for disabled performers to take part in the Opening Ceremony of the 2012 Paralympics. All we knew was it was top secret and working at heights. Bit vague, but are you interested? After losing my leg in 2010 I had become a bit of a YES girl, as I reinvented myself and rediscovered what I could do. I pretty much said yes to anything that was legal and environmentally friendly! So it was a no brainer yes. Intrigued and excited I applied and auditioned, and received a reciprocal yes, and that is how I ran off to circus school in London, in April 2012.

We were indeed a top secret group of 40 disabled performers with every disability you could imagine. Amputees, deaf, blind, paraplegics, short stature and people with cerebral palsy. You name it and one of us had it. We were like Glee meets Grey’s Anatomy. A living breathing bucket of heroism, trauma, pain and achievement, all in one large circus tent learning how to clown, trapeze, climb ropes and fly. I made friendships in that tent that will last and last. I also met some people I just could not like (please refer to my previous blog about some disabled people are Cs). I heard stories of struggles and accidents that could reduce you to tears. But you could also cut the determination hanging in the air with a knife. I had found my tribe at last. We followed a gruelling 5 days a week schedule of fitness and performance until the Paralympic Opening Ceremony on 29th August when we were unveiled to the world in sparkly lycra costumes and make up. Lots of make up!

Now, I can’t put into words, not even 1000 blog words, how important this 2012 adventure was for my personal development, confidence and courage. I was a new amputee and still discovering where I belonged, what I could work as and what I was capable of. So imagine my surprise when I soared 25 metres in the air on a trapeze, I flew and spun on ariel wires and danced in my wheelchair alongside our able bodied counterparts. I could not believe how able my disabled body was. However I also had bruises the size of small villages, I pulled every muscle my shoulders had to offer and my hands and shins bled from rope burns. I kept a daily diary that summer and some days I was in so much pain all I could write was it  $*it   $*it   $*it. There was 40 of us started and there was 40 of us at the end. We all faced our own greatest challenges and obstacles, but none of us gave in. The organisers were amazed, but perhaps they had underestimated the guts and unbreakable determination of those 40 already ‘broken’ people. It taught me there is always a way to do something, I may just do it differently to you. I live and die by that phrase every day. It was an incredible honour to be in the Olympic stadium that night, and I still carry the glow and the tattoo from it now.

But the excitement wasn’t over for me yet. I was also asked to perform a hair raising dare devil piece with a Hungarian tight rope walker in the Closing Ceremony too. Again, it was top secret and I couldn’t tell anyone. They said, ‘you’re not afraid of heights are you’  to which I laughed and shook my head. It was a reasonable question that I genuinely didn’t know the answer to. But they didn’t need to know that. They liked secrets and that one was mine. They would just have to find out!

The job. Picture this if you will…a hi wire running from the ground to the top of the stadium 50 metres high, a motorbike on that wire, a one legged blonde you might now recognise on a trapeze hanging underneath that motorbike on the wire, and Coldplay blasting out God Put a Smile Upon Your Face below. Did I mention Coldplay? Because Coldplay were playing. For me!! The Coldplay. Big fan? Oh yes.

Believe me, that night the smile on my face was astonishingly large thanks to this heaven sent opportunity to perform. We only had one week to train and rehearse, most of it done overnight in the Olympic stadium when the crowds and athletes had gone home. Some nights there was just us, security and a man cutting the grass. It felt very surreal at times. The night work was tiring but on the plus side the height thing seemed to be working out ok.

So the day arrived, 9th September, and it was time for the Festival of Flame aka Closing Ceremony day.

I will never forget how I got to experience the sound of 80,000 people roar and shout for me and the burn of millions of eyes watching me on TV all around the world. As we sped up the hi wire, much faster than the nutty Hungarian said we would, I was soaked in concentration, adrenaline and an aromatic fear! But I allowed myself one delicious moment to look up from my position and let this jaw dropping spectacle imprint itself on my memory. And it did. Someone captured that moment on camera too, and the look written on my face is one of pride, dignity and self acceptance. I love that photo so much. It all went mostly to plan, there was an issue with a Ball of Light that didn’t light up, and the torch I carried took longer to light than anticipated, but the basics were intact. Neither of us fell off, the bike didn’t break down and my boobs didn’t really hang out, they just looked like they were. I don’t know what’s worse when your mum is in the audience, but she was probably more worried that I had clean pants on just in case. Amazing night. 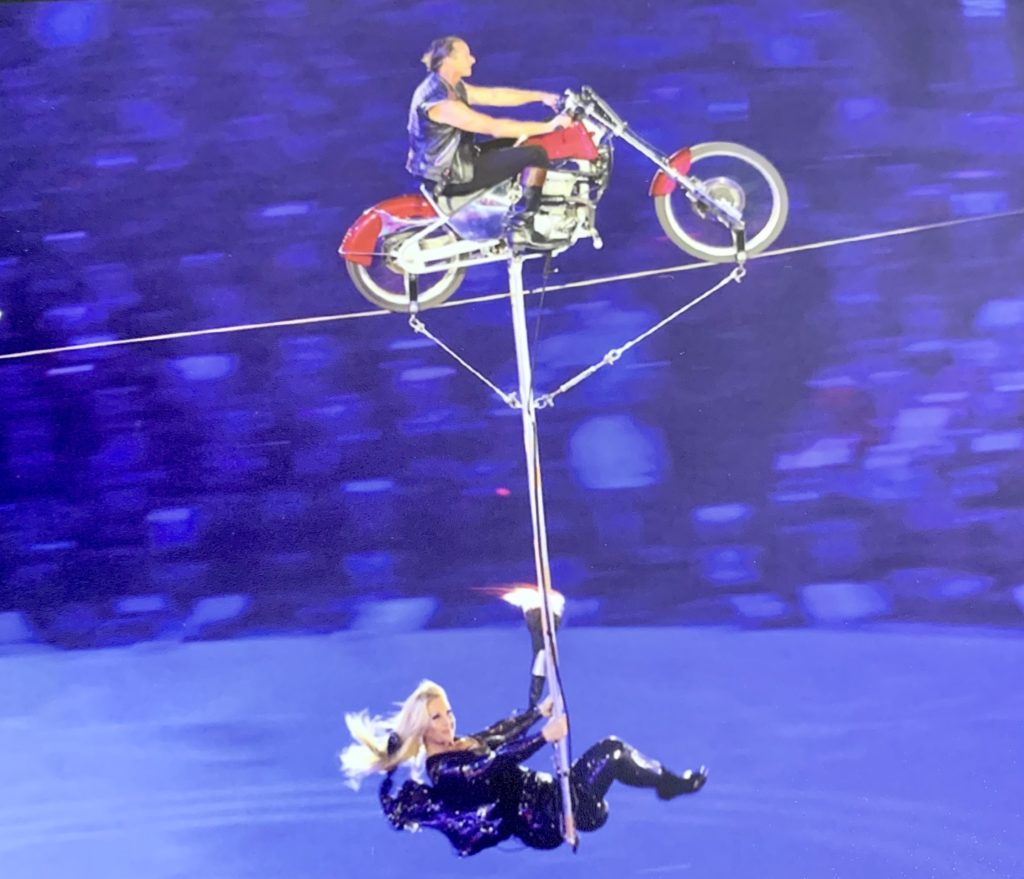 So the small group of 40 people and our incredible instructors, thrown together in that tent, gave me something so valuable that wonderful hot summer. They gave me permission to struggle and a safe place to face my biggest insecurities. Changes begin at the edge of your comfort zone. We laughed together, we cried together, we laughed until we cried, and we helped each other over our frustrations, fears and often anger at our unrequested situations. But none of us gave each other the green light on giving up. That was never going to happen. Not in our very special circus tent.

You may see me struggle but you will never see me give in. 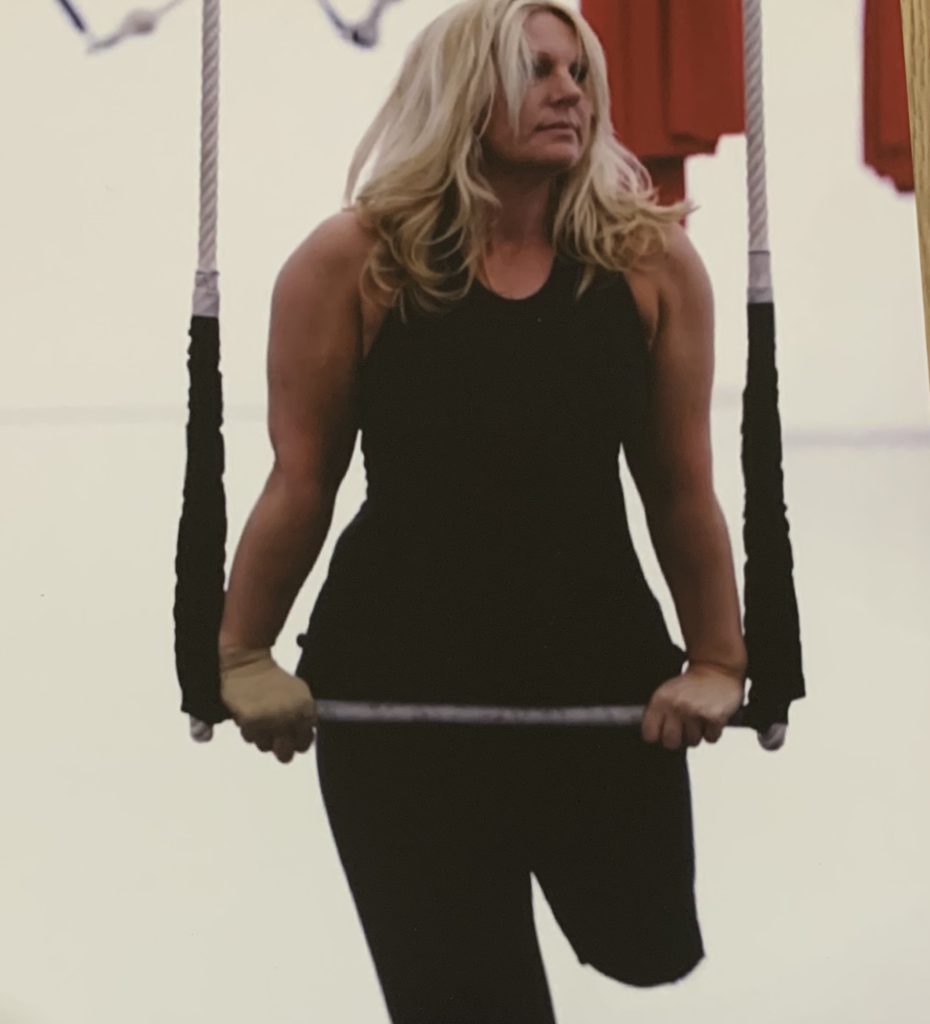